Difference between Flowchart and Algorithm 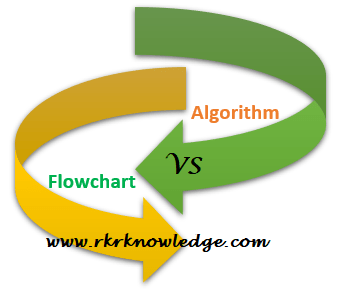 An Algorithm and Flowchart are two sides of the same coin which depend on each other. It is an important step in programming, as it determines the efficiency of the program.

What is a Flowchart?

A flowchart is a combination of two words, Flow and Chart. The chart consists of different symbols to use to display information about any program. There are different types of symbols are used in Flowchart such as Square, Rectangle, Diamond, Arrow, etc. It is a graphical representation of an algorithm. The graphical view of the algorithm is called Flowchart.

They can represent how the program works and show all the steps of an algorithm in a sequence.

What is an Algorithm?

If you want to know more about algorithm then you can prefer this article What Is an Algorithm? and characteristics of the algorithm.

Difference Between Flowchart And Algorithm

Priya Chauhanhttps://rkrknowledge.com/
Hi 👋, Myself Priya Chauhan from India. Content Editor | Coder | PHP Developer | UI Designer. I try to learn something new every day and share that knowledge with my friends.